Batteries are widely used across campus, and come in multiple forms. Rechargeable lithium-ion (Li-ion) and lithium polymer (LiPo) are commonly used in consumer electronics (cell phones, tablets, laptops, power tools, electronic cigarettes, etc.). Lead-acid batteries are used in automobiles; alkaline, lithium, silver oxide, nickel-cadmium (NiCd), nickel-metal hydride (NiMH) and many other types of batteries exist. Many types of batteries can be used to power the same equipment, but their safety and disposal considerations can vary. Recognizing the differences and the hazards associated with them is crucial when working with batteries. For example, lithium-ion and lithium batteries are very different. Developing new and improving existing batteries is an active area of study. Research on battery technology is active on campus. 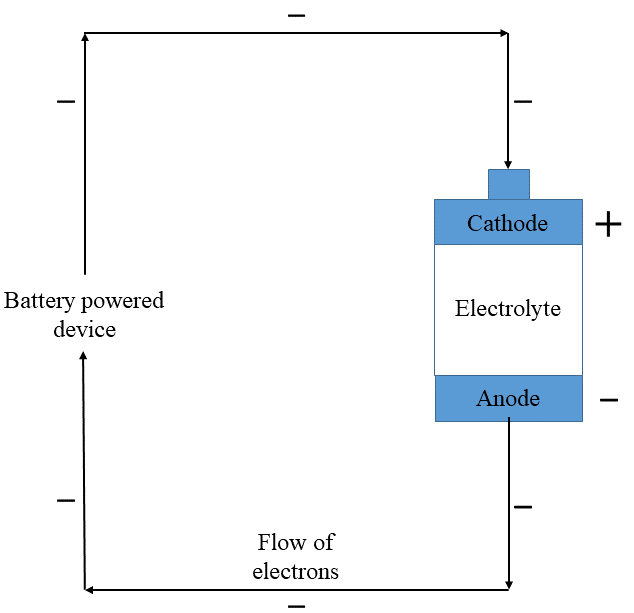 Batteries are portable devices containing electrochemical cells that power electrical equipment. Batteries consist of a positively charged cathode, a negatively charged anode, and a conductive electrolyte containing anions and cations. These are separated into two half-cells that make up the battery. One half-cell contains a negative electrode and electrolyte. The second includes the positive electrode and electrolyte. Together, a redox reaction occurs at opposite ends of the cell, allowing electrons to flow out of the negative end and into the electrical device, while the electrolyte carries charge between the electrodes.

Batteries are classified as primary or secondary. 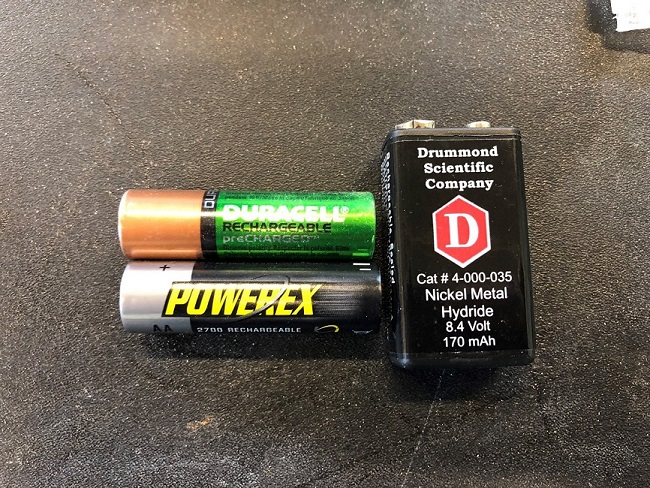 In lithium-ion batteries, the cathode contains the lithium based compounds (lithium cobalt oxide, lithium iron phosphate, lithium nickel manganese cobalt oxide, etc.) while the anode is graphite. The electrolyte is an organic medium like lithium perchlorate in ethylene carbonate. No elemental lithium is present.

By contrast, in lithium batteries, lithium metal is the anode, and another chemical is the cathode (e.g. manganese dioxide). The electrolyte is an organic medium like lithium perchlorate in propylene carbonate. 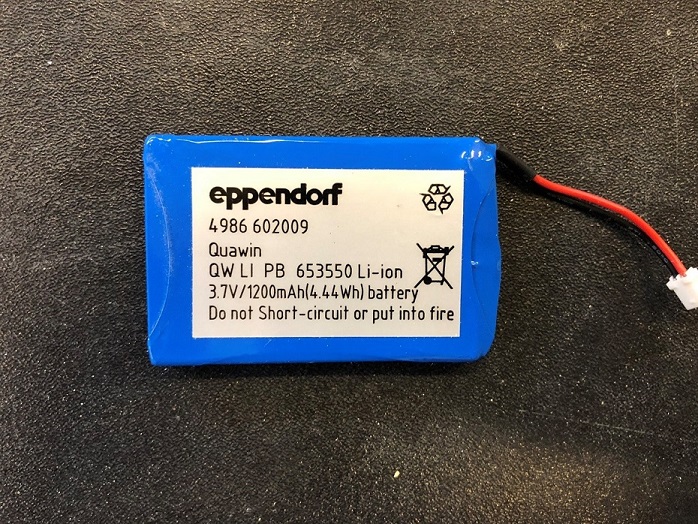 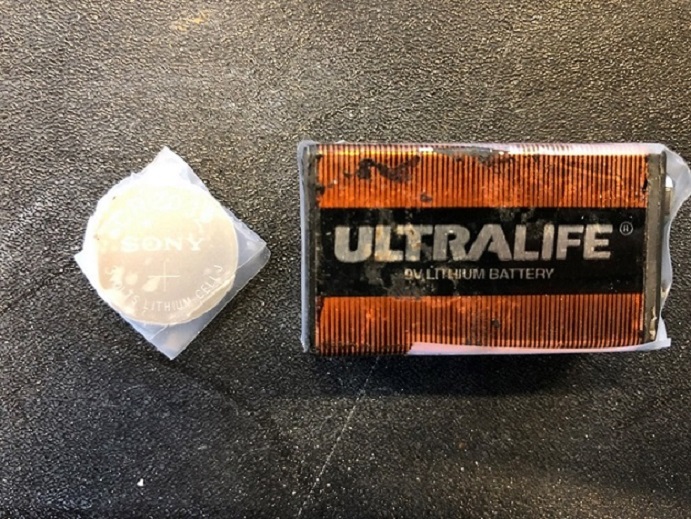 It is important to know which sort of battery you are working with. Due to the presence of elemental lithium, the fire hazard differs from lithium-ion batteries.

In recent years, lithium-ion and lithium polymer (Li-Po) batteries have become widespread in their use and applications. Multiple incidents involving lithium-ion batteries have been documented and covered by the media (e.g. cell phone battery fires). These are often the result of manufacturing defects. Lithium-ion battery failures have resulted in fires on campus and at other universities. Many of these have been caused by misuse.

Lithium-ion battery packs found in consumer electronics (e.g. laptops) contain an internal Battery Management System that controls the charging process. Be aware of situations that can lead to the battery becoming damaged, such as physically damaging the device or storing it in a hot environment. Using the charger provided with the device and following the manufacturer’s requirements will require no additional input from the user. 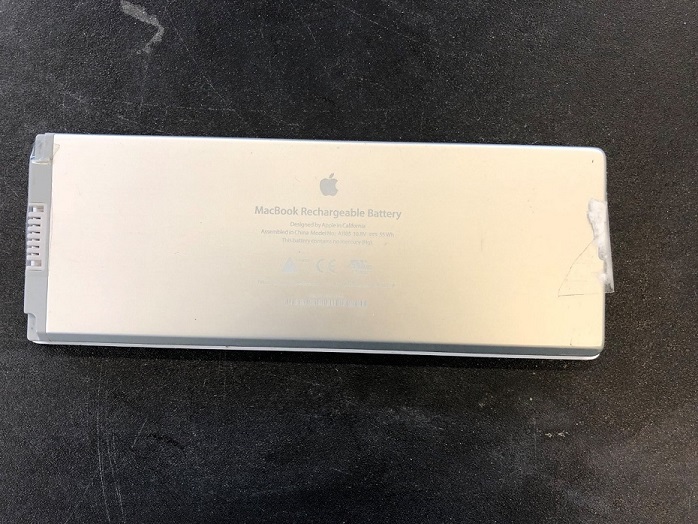 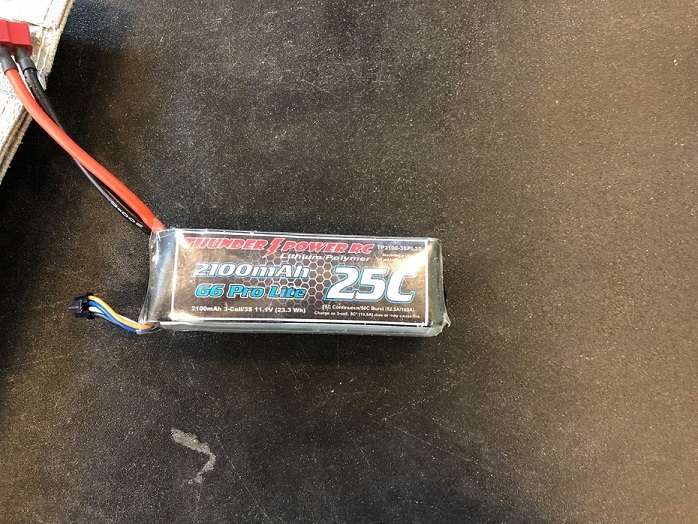 When handled correctly, the risks of an incident involving a lithium-ion or LiPo battery are low. Follow your groups Laboratory Safety Plan and Standard Operating Procedures (SOPs) when working with batteries. Follow these recommendations when developing your groups SOPs: 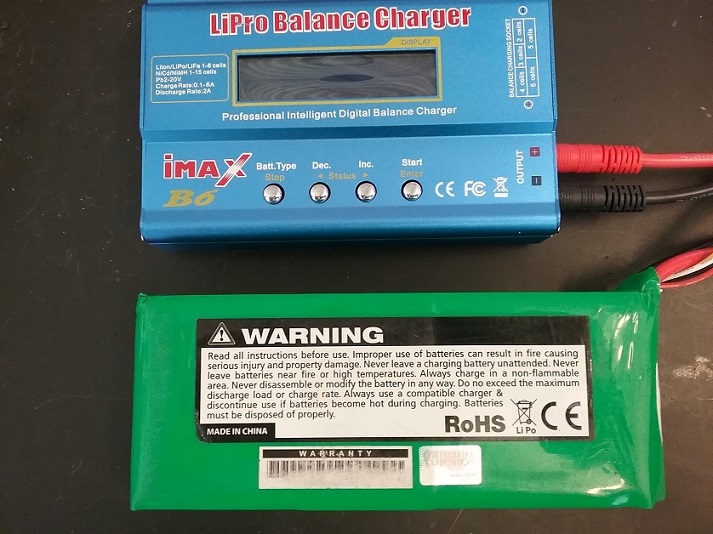 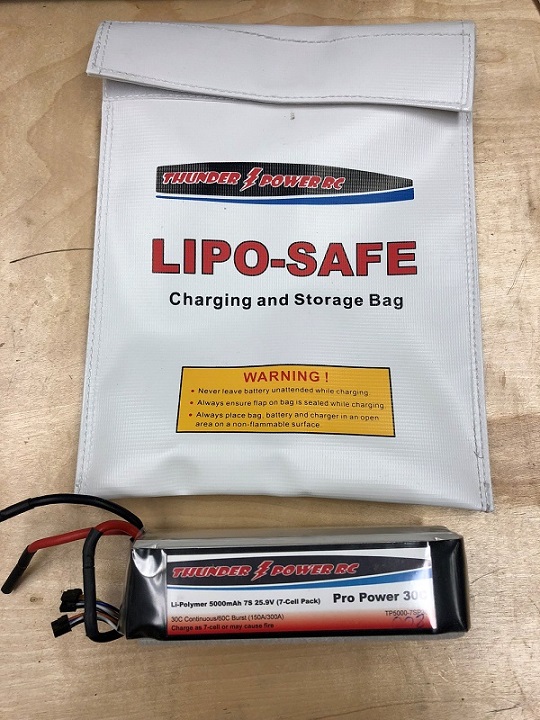 If you notice any bulging, punctures, excess heat, smells, or anything out of the ordinary, disconnect the battery from the charger if it is safe to do so, and see procedures for handling bulging and swelling batteries below.

When storing batteries for more than a few days, store the battery at 40% charge, or follow the manufacturer’s instructions. Many chargers have a storage mode that will either charge or discharge a battery to the recommended storage voltage.

It should be kept in a cool, dry place. Storing a battery at too high or low of a temperature can cause irreversible damage. Ideally batteries should be stored near 15°C (~59°F), this will help prolong the life of the battery. Batteries can typically be used at extreme temperatures (-20 to 60°C), but storing batteries in these conditions should be avoided. Use a fire retardant battery bag for storage when possible, and do not store them near flammable materials or heat sources. Protect the terminals during storage with an electrically insulating material (e.g. rubber caps). Storing multiple batteries together could cause a short circuit if the terminals come into contact.

When handled correctly, the risk of a fire is low. Misuse of lithium-ion batteries are what typically lead to a failure. This can include thermal abuse, mechanical damage, and electrical abuse.

Thermal Abuse - This is the result of storing or using a battery outside of its recommended temperature range.

Electrical Abuse – Electrical abuse involves mismanagement of the recommended electrical conditions. This includes overcharging or over-discharge and using the incorrect charger for the battery in question.
Many of these scenarios can lead to the internal plastic separator between the anode and cathode becoming damaged, allowing the anode and cathode to come into direct contact. This leads to elevated temperature in the battery cells and the generation of gases from the electrolyte.

As gas (oxygen) and heat is generated by the battery, you may notice the cell starting to bulge or swell. If left unchecked, this can lead to thermal runaway in the cell, continuing to heat and generate more gas. Eventually the gas can lead to a rupture in the cell. With the elevated temperature, flammable electrolyte, and oxygen, a fire can occur.

Further complicating the fire is the potential for a chain reaction when multiple cells are present. A fire that occurs from a failure in one cell can damage a neighboring cell, which can ignite independent of the first cell. This can occur during the original fire, shortly after the first cell burns out, or even hours later. 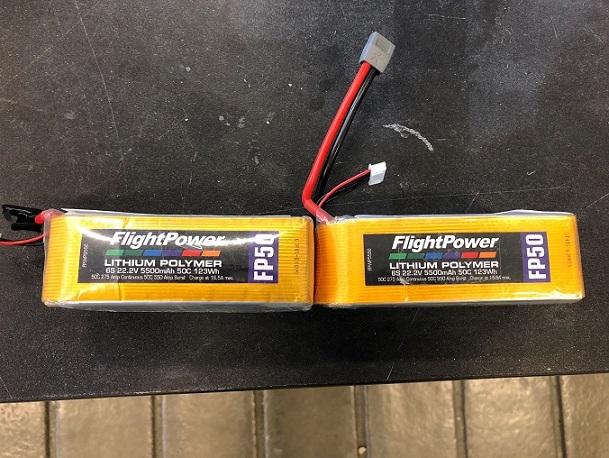 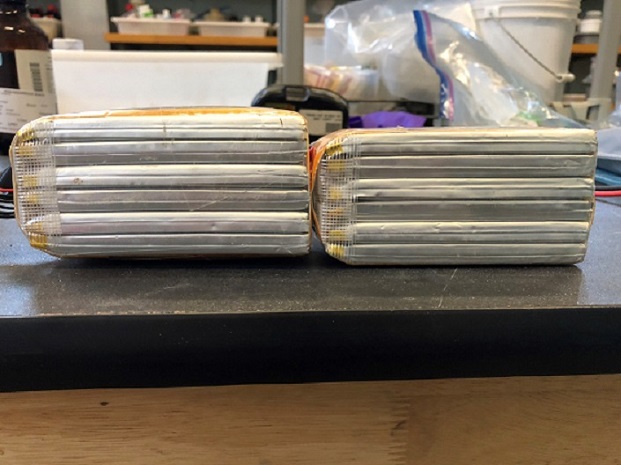 The LiPo battery packs in these pictures are identical. The pack on the left is visibly bulging.

If you notice bulging/swelling, punctures, or the battery has suffered damage due to any abuse (even with no visible damage), follow these steps:

Indicate that this was a damaged battery that was fully discharged prior to disposal in the waste pickup notes. 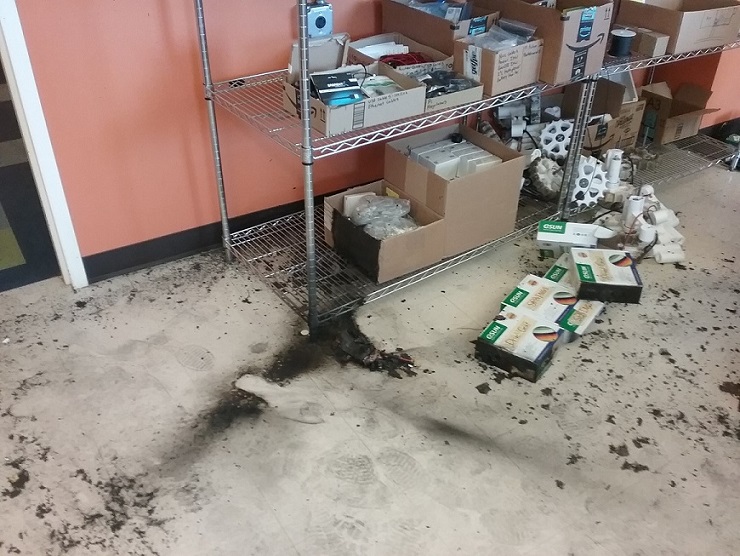 Aftermath of a LiPo battery fire. The remains of the battery are at the center of the image.

If a battery is smoking, or flames are present, this is an emergency. Always call 911 during an emergency situation, and evacuate the immediate area.  Contact DRS when it is safe to do so.

Be aware of the potential gases that may be present during a lithium-ion battery fire. Carbon monoxide and dioxide can be released, and gases caused by the decomposition of the lithium hexafluorophosphate can be generated as well. This can include hydrogen fluoride (HF) gas.

Request unwanted batteries for disposal through the DRS Waste Management App. DRS will recycle batteries whenever possible. Lithium metal batteries must have their terminals protected during shipment to prevent short circuits, tape can be used for this purpose.

Batteries should be separated and requested for disposal by type. Use one of the following UI#’s when requesting your batteries for disposal:

If your batteries are not listed above, please select UI# 1 and specify the type of battery in the Waste Description field.